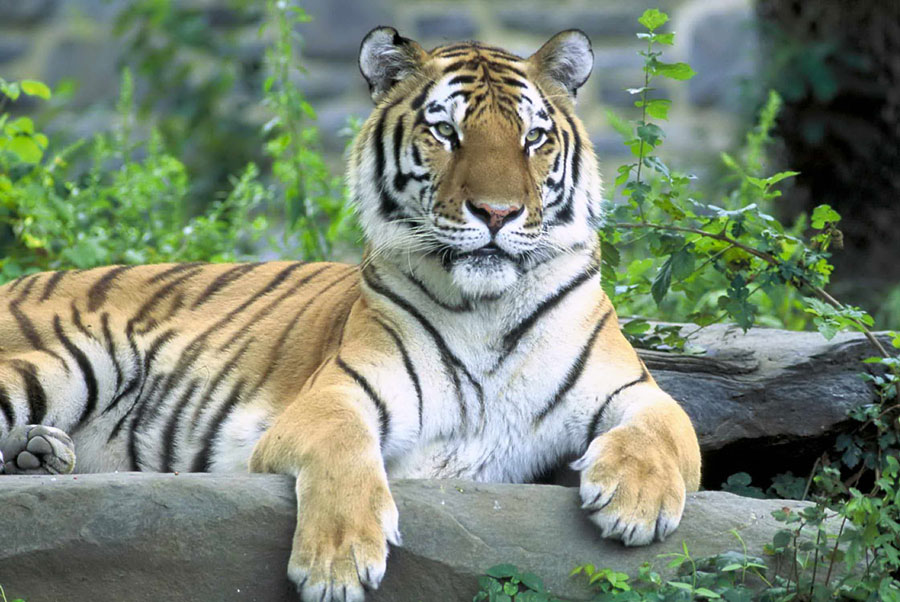 Now that there are three weeks’ worth of Tiger football in the 2016 record books, residents new to The Loveliest Village on the Plains (Auburn, AL) may have sensed a shift in the tone and energy of our town that starts during the fall and continues on through the beginning of every new year.

If you haven’t noticed, let us break it to you: Auburn is Football Country. The love for our favorite college football team is palpable: we wear our love for the Tigers on our sleeves—literally! You’ll see Tiger love at our favorite stores, on our vehicles, in the food we eat, and in whatever is happening here.

So, to catch you up, here is a short list of Auburn University football traditions you’ll need to know to have meaningful interactions with fellow Auburners.

Lest you were beginning to think that you missed the memo that tiger print in in this year—rest assured that Tiger print is in EVERY year in Auburn. Our fair school’s mascot is the fearsome tiger, a powerful emblem of strength and grace that perfectly describes Auburn athletic teams’ presence on the field, court, pitch, or lane. At football games in the fall, you’ll see our favorite feline Aubie prowling the sidelines supporting our football team.

SO WHY IS THERE AN EAGLE?

Any true Auburn fan will tell you they still get goosebumps when the handler releases the War Eagle (currently number VII) to take its ritual pre-game flight over the stadium. Though not an official mascot, the spirit and the cry of “War Eagle!” is as identifiable with Auburn athletics as the tiger. In fact, in almost any setting in the world, when two Auburn alumni recognize each other in passing, expect to hear “War Eagle!” passed between them more often than a traditional greeting.

There are several origin stories of the War Eagle chant and practice, but the most popular (if also one of the least likely) is that of a Civil War vet who had found an injured eagle on the battlefield and rescued him and kept him as a pet of 30 years. While he watched an Auburn–Georgia game from the stands, his eagle broke free and circled the stadium as the Tigers took the lead and the victory, inspiring the crowd to begin chanting “War Eagle!”

The best way to understand the passion and spirit surrounding Auburn football is to immerse one’s self in the activity and energy surrounding campus. There are a number of spots to claim for tailgating, including 70 spots circling Intramural Fields on Biggio Drive, the Auburn Alumni Center, the Hayfields on Donahue Drive, and Weagle Woods. Tailgating locations on campus open up Friday afternoons after 4:00 p.m. and put you in a great location to catch Tiger Walk, Spirit March, and the other on-campus game day events you’ll not want to miss.

One of the cherished traditions at Auburn occurs a couple of hours before each home game (and some away games as well), when the team walks through a sea of navy- and orange-clad fans from the Auburn Athletic Complex all the way to Jordan-Hare Stadium. What started in the 1960s with young fans running up to get autographs from their favorite players quickly evolved into the event it is today, with players and coaches walking between fans both young and old, shaking hands and offering chest bumps.

The largest home Tiger Walk happened the first time the then-#2 Alabama Crimson Tide came to town in December of 1989. After collecting the energy of the 20,000-plus strong crowd at Tiger Walk, the Tigers dominated that game 30-20.

GET IN THE SPIRIT

After Tiger Walk, the Spirit March and Pep Rally is one of the best ways to get into the proper spirit to cheer on the Tigers. The Auburn University Marching Band and the Auburn University Cheerleaders put on quite a performance entertaining the fans and focusing the crowd on the task at hand, which is to get loud and unified in supporting the football team as they prepare to take the field.

PASS ME THE IRON BOWL, PLEASE?

If you’ve used the phrase “Iron Bowl” in this context, you definitely have a few things to continue learning. The Iron Bowl is actually Auburn football’s most anticipated weekend of the season, when the beloved Tigers face their in-state rivals from “that other school in Alabama”. The name comes from years of playing this matchup in Birmingham, a town known for its iron production.

With both teams perennially ranked highly and fielding such competitive squads, the Iron Bowl often has National Championship implications for one or both teams. One thing to note for good citizens of Auburn: especially during the week of the Iron Bowl, make sure to purge your wardrobe of anything remotely resembling crimson and practice your “War Eagle!” as often as possible.

GRAB A REFRESHMENT AT TOOMER’S DRUGS

The epicenter of the town of Auburn is the intersection of Magnolia Avenue and College Drive. Here, the northeast edges of the campus of Auburn University meets the town of Auburn in an idyllic setting of shops and markets. In an unassuming white building on that corner stands Toomer’s Drugs, a classic American diner and soda-fountain-style drugstore where you can stock up on Auburn souvenirs as you sip a glass of refreshing, handmade Toomer’s lemonade. If you haven’t already made it to Toomer’s Drugs to enjoy a glass of the magic elixir, you’ll want to go on game day so you can experience the local flavor at full strength.

The other distinction of Toomer’s Corner is one that seems a little messy, but is in fact a lively expression of joy and unity. For decades, students have gathered at Toomer’s Corner of campus to celebrate Auburn victories by papering the giant oaks that stand guardian over the campus with hundreds of rolls of toilet paper, reminiscent of ticker-tape parades. While it was initially meant to express joy over football victories, the practice has evolved to really celebrate any type of Auburn win beyond only the realm of athletics.

In 2011, a disturbed Alabama fan revealed that he had poisoned the cherished oaks after an Auburn victory over the Crimson Tide. What ensued was a three-year attempt to save the majestic symbols, but they eventually succumbed to the poison, temporarily changing the face of Toomer’s Corner and leaving a void in the hearts of Auburn fans. However, in February of 2015, new oaks were planted and they are healthy enough now that, in 2016, Rolling Toomer’s Corner has been revived!

Now that you’re armed with some knowledge of Auburn traditions, new and old — and even one old made new again — you’re able to get out there with other citizens of The Plains, don your navy and orange, pick out a spot for Tiger Walk with your Toomer’s lemonade in hand, cheer on the Auburn Tigers with a cry of “War Eagle!”, and celebrate the ensuing victory by helping to roll Toomer’s Corner!